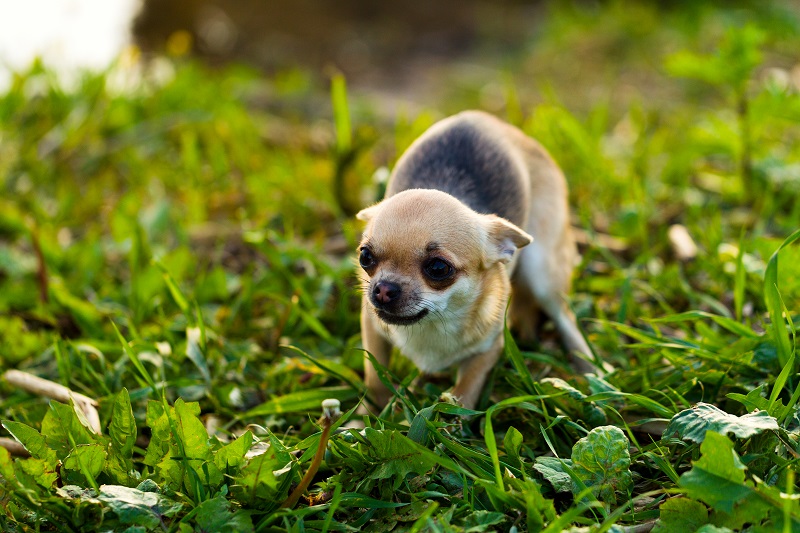 I was talking last night to a woman that owns a puppy, six months old, Shih Tzu, and she mentioned to me that he’s starting to get a lot better, but that he’s still very skittish and very fearful when she takes him out places, anytime he sees something out of the ordinary, whether that’s a new person or if she’s walking down the street and there’s a trash can or if he hears a weird noise. 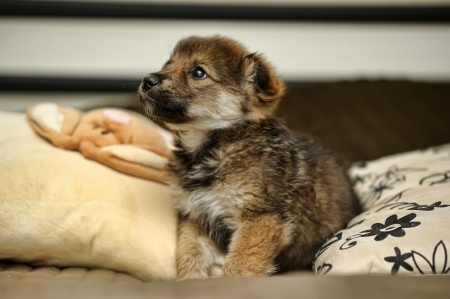 So she said she was trying to increase his socialization and just take him more places and expose him to more of a variety of different items, which is great. I love the philosophy as long as she doesn’t overdo it, expose him to too much too soon.

So then I said to her, just from hearing that comment about him being skittish, I said to her, “What do you do when you’re walking your dog down the street and he’s afraid of something like a trash can? How do you handle that?”

She said, well, she usually tries to walk him up to it and show him that it’s not something to be afraid of. So then I said, “I know it’s going to be weird, but I want to know exactly what you do. So if you were acting right now or if I were watching a video that someone took of you walking down the street, what does it look like? Tell me. Show me. What does it look like?”

So what I said to her was that is a very normal response and that’s the way that the majority of people in the world would handle a dog who’s a little fearful. Your intention is correct. You want to try to explain to your dog or show to your dog there’s nothing to be afraid of. You do that by trying to praise him or calm him down or let him know everything is OK.

Now I said the problem is that if you – you may even pet him a little bit like, “Come on, buddy,” like urging him over, coaxing him into it. The problem with that is that speaking to your dog in a high-pitched singsongy voice, “It’s OK, buddy, it’s OK, it’s OK,” speaking in a singsongy voice, looking at him, acknowledging him, paying a lot of attention to him, petting him in an attempt to let him know that it’s OK, all of those things are reinforcing to your dog.

Petting him, talking to him in a pleasant tone of voice, lots of attention from you. All things your dog loves. So your dog is getting all these things from you that he absolutely loves from you but he’s getting them from you at a time where he’s not acting in a way that you want.

[tweetthis]Analyzing positive reinforcement and understanding how it works is really critical. [/tweetthis]

You’re basically reinforcing your dog for being fearful. The alternative, what I say or what I said to this woman last night, was the better option would be if your dog starts to be fearful, don’t say anything. Keep your mouth closed and she’s like, “Well, I go over and touch the trash can sometimes to try to show him like, look, it’s OK.” I said, “I don’t necessarily have a problem with you going over to touch the trash can. That’s not my problem. I don’t know necessarily that that would be super effective for showing a dog that it’s OK because you can touch it.”

“But,” I said, “the problem I have is that who goes over and just simply touches the trash can? No one. I haven’t seen it but I’m guessing you walk over to the trash can and you say, it’s OK, Charlie. Look, it’s just a trash can. See? There isn’t anything to be worried about.”

All reinforcing your dog and in that moment, what is he doing? Being a little bit weary and suspicious and hesitant. Those are the things that you’re reinforcing, weary, suspicious and hesitant. So don’t do that. If you want to walk up to the trash can and touch it, do it. But don’t say anything. The best way to handle it is to ignore it. Just keep walking confidently. You walk confidently by the trash can. You send the message, crystal clear message that there isn’t anything about that trash can that your dog needs to be concerned about.

You look for times when your dog isn’t fearful, weary or suspicious of items and you reinforce that, especially if there’s something in the environment that you think your dog might be suspicious of but he’s not. That’s when you lavish him with praise and reinforcement and the singsongy voice and tell him what a good boy he is.

Anytime you’re impressed with his calm, confident nature in the presence of something that you predicted might concern him, that’s what you reinforce because that’s what you want more of.

There are other ways to handle it. It depends on the extremity of the situation or the dog’s personality. You could go so far as to actually apply punishment to a dog for being fearful. It just depends on what you want and how you want to get there. But the first step, the most critical step, is you don’t accidentally reinforce the fearfulness. OK?

So at least being neutral to it. Don’t talk. That’s the easiest coaching I can give somebody. If you have a dog that’s a little bit nervous or fearful of something, stop talking because chances are you’re going to be inadvertently reinforcing how your dog is acting. Keep your mouth closed. Don’t say anything. Keep on walking. Don’t slow down. Don’t stop. Don’t hesitate. Make sure that your own body language isn’t hesitant or weary of the situation. You need to be responsible for making sure that every ounce of your body language exudes confidence and your dog will follow suit.

Then about 10 minutes later, she was like, “That was really good advice! I can’t believe it! That was such good advice!” and I am absolutely confident that her relationship with her dog will shift. Her dog’s behavior will shift. She will start to notice differences in her dog and in her dog’s demeanor and his attitude and his spirit out and about, out in the world.

He will be a different dog based on that one conversation that we had. So if you have a dog that’s anything like this dog, take the same advice. Go out there and make your actions – have your actions be what causes your dog to shift and change his behavior instead of having your actions potentially make his behavior worse.

Have fun with it and let me know if you have a dog that’s fearful or skittish. Let me know. What is he fearful or skittish about? How have you been handling it? What could you do differently in the future? How could you handle it to be a better match for what you want? Because remember, if you want your dog to look at the situation and think it’s no big deal, it’s absolutely imperative that you approach the situation like it’s no big deal.

So we talked exactly about this example of a trash can on the street, but the same thing applies to thunder, thunderstorms.

There is another trainer I learned of recently who’s a pretty famous trainer who said to me that you cannot reinforce a state of mind. So I’m talking about a dog being fearful or anxious and that you’re inadvertently reinforcing it. So he would disagree with me and I think it’s all semantics because when I say you’re reinforcing your dog for being anxious or fearful, what I mean is you’re reinforcing your dog for slowing his pace, changing the arc of his walk away from an object, putting his hackles up, whining, growling, putting his head down, averting his eyes. Those are the behaviors that your dog is exhibiting that would have me say he’s fearful or anxious. OK, have fun!